An artist has the gift of transforming seemingly formless, pale, incomprehensible things and themes that do not belong in our world, making them appear comprehensible, distinct and even important. 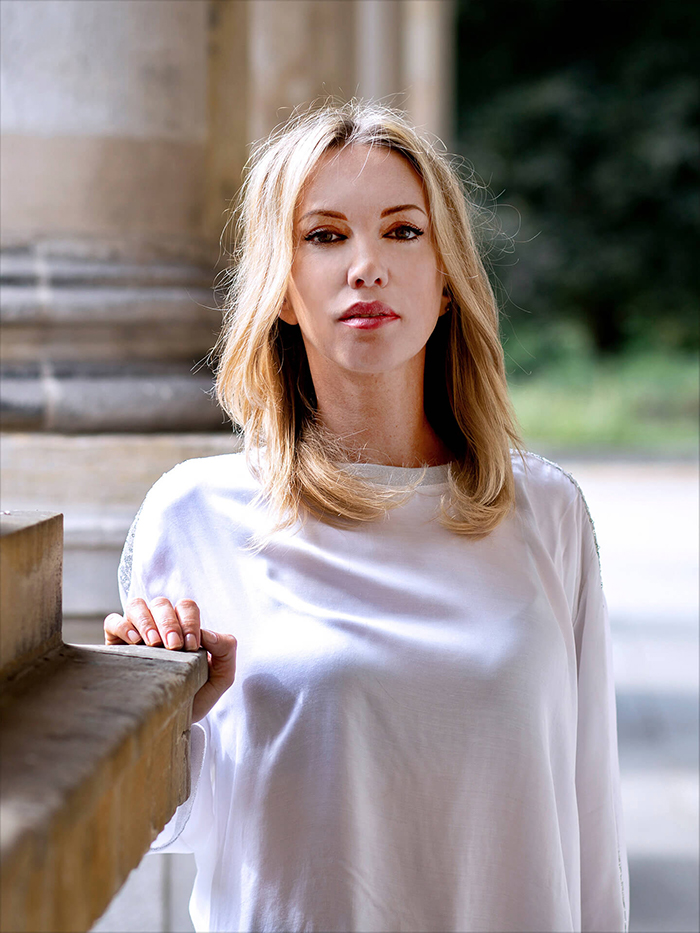 In 1974, Karyna Quade was born in Daugavpils, Latvia. There, she attended a state art school and was strongly influenced by the works of Egon Schiele and Pavel Filonov. Subsequently, she completed an apprenticeship as a fashion designer.

After moving to Germany (1995), she attended the Cologne University of Design. During this phase of her life, she developed and perfected her painting skills. After many years of working with different styles and colour techniques, she has developed her technique of white dots and applied it in a variety of works over the last years. The digital creation of her motifs and the technique of the white dots have enabled the artist to create works with a very strong spatial effect and intense light intensity.

The motifs of the Latvian artist get their appeal from her very personal view of different cultures and her passion to reflect them. Later on, her search for inspiration and her curiosity for foreign cultures took her to Russia, Morocco and Austria, where her works have found collectors in Riga, Moscow, Marrakesh, Linz and many other cities. Karyna Quades’ adopted home is Berlin and Innsbruck.